I carry a load of stuff around with me. Some of it is represented here.

The banner at the top of this page is my simple representation of life being a journey. So far it has been full of ups and downs. Luckily, I might add, more up than down. My 'place' is somewhere on that road right now.
We're all on the road, somewhere. It can be exciting not knowing exactly where you are but not finding yourself completely lost either. If you don't quite know where you're going, at least you know where you've been. It's not about the destination, it's about the journey. Go where it leads you.
We're supposed to enjoy it.

Staring early retirement in the face, a few years back down the road, I had a heart to heart with my dear wife. I had a few hobbies to keep me going but, as she pointed out, they didn't get me out of the house. Having thought about that for a while, I had to agree. Several days later I suggested getting a motor bike. I thought she'd never go for it. "Good idea." she said. "Go ahead." I nearly fainted.
"Get something that looks like a real bike. Not a zig-zag on wheels." I found a bike. She liked it. Now I'm out of the house whenever the sun shines. I'm a biker. A Hell's Pensioner.
Beware of road rage.

Many moons ago I asked my father how I could get best through life. I wouldn't call my father an educated man, but he had survived World War II, defeated Rommel, liberated Italy and raised four kids, so I supposed he had something going for him. He was a bit wise. Wiser than me at that point.
I thought it would take him an age to answer my question. It took him seconds. "Simple." he said. "Just be fair, honest and reasonable son. That'll do it."
I've tried Dad. I really have. Thanks. You were right. I will give your great-grandson the same advice.

The western world, as we call it, is divided. Polarized. If one had to draw a line down the middle, we are either on the left or the right of that line. More so today than for many years. Those on the right are referred to as nazis (which is strange because they were national socialists!), extremists, fascists, racists, bigots and xenophobes. Those on the left of the line are predisposed to and consumed by political correctness, do-goody-ness, communist dogma, general money grabbing for their own purposes and causes and the reduction of everything to the lowest common denominator.
Very well. So be it. I can live with that if I have to.
However, I have a few questions that I need answered. What happened to our freedom of speech and since when did having an opinion become a so-called 'hate crime'?

If that's what you want to think of me, then OK, yes. The truth is more complicated. I'm actually content with the greater part of my life these days. There are niggles, of course, but those are only temporary disruptions, easily dealt with and normal service is usually quickly returned. On the whole, I really can't complain. So I don't.
I have reached an age where what others think of me is totally irrelevant to me. I speak my mind. If you behave like an arse, I'll tell you so. I'll allow you the same priviledge. Diplomacy is not my strong point these days. I don't need it. I won't put up with other people's bullshit. I've learned that honesty is the best policy and if my version of the truth hurts you, it doesn't make it any less true. Not to me, at least. I don't lie. It's not worth the effort. If my version of the truth offends you, that's OK. You're allowed to be offended. I'm allowed to offend. It isn't a crime. Yet.
I can't cure stupid so I don't even try. If the juice ain't worth the squeeze, I'll let you get on with it.
A clever man once said, that there is no real truth. There is only perception. If mine differs from yours, that's tough. I don't care. Accept it. I did. Long ago.

I don't really know if I was ever ethical at work. Provided someone would pay me, I would work for them. It was never really anything else. Apart from being a soldier. That was not work as much as it was a way of life and I had friends I would have risked my life for and they would have done so for me.
One thing I did learn though, was that 'company loyalty' only works one way. The company expects you to be loyal to their mission and well being. Rest assured, that if the bottom line goes into the red, you are worthless to them and you will be abandoned at the drop of a hat.
Never allow what you do to become who you are.

Lately, I've taken up archery. The longbow was the single most efficient and formative weapon in the history of my homeland and I thought it was about time that I learned to use one properly. It's a bit like golf but more concentrated. One cannot win. One can only improve. Every time I hit the bullseye, I count one more dead Frenchie. My club demands that I choose an early medieval name to represent myself on the club leader board. Not being of Viking origin, as they all are, I have chosen a name from the Anglo-Saxon: 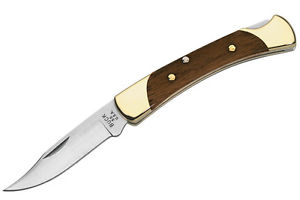 A gentleman is not properly dressed unless he has one. It allows you to peel fruit, cut string, remove splinters, open boxes and letters and a plethora of other tasks you take for granted. Once you have one, you'll wonder how you ever got by without it.
I usually carry a Buck 110 or 112 hanging on my belt in its leather pouch. It's the best pocket knife you'll ever own.
Knives are tools. Not weapons. Any tool can be used as a weapon.
Wether it is or is not a weapon depends on the 'tool' that carries it...

I Believe in the Empowerment of Women

To that end, I have taught my wife how to mow the lawn, clip the hedge and stack firewood.

Living life and other peripheral things. 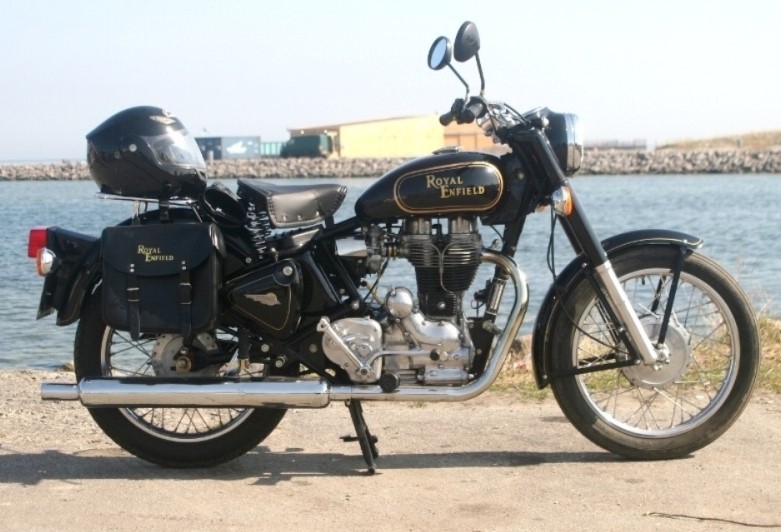 A Royal Enfield Classic 500cc Bullet from 2003. Sounds like thunder, goes like the wind. He's called Thumper and he gives me more freedom and peace of mind than anything else I own...
If you want to see what I did to him to get him into his present condition, see my blog. Here.

Yes. I smoke a pipe, amongst other things. If one is to believe the propaganda, I can kill children and lesser animals at a range of three hundred metres if the wind blows in the right direction. Strangely, our dogs don't seem bothered by it. Nicotine steadies the nerves and sharpens the mind. Which is probably why politicians don't want us to use it. The tax on tobacco is, however, extremely useful to the state economy. Smoking is, therefore, patriotic and beneficial to society.
Ever the philanthropist, I encourage others to follow my lead.

Life Experience No.741: It's tough being retired

You have to listen to and put up with everyone else's crap even though you know, from age and experience, that they are completely and utterly wrong. 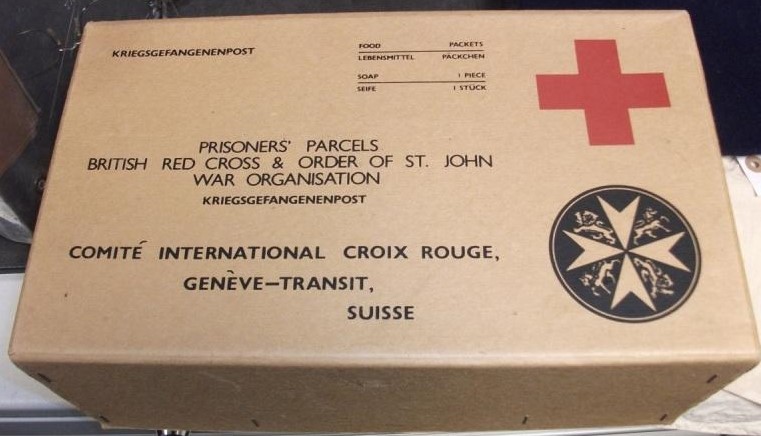 Considering that my homeland has declared itself free of the EU whilst I remain a prisoner of the European Parliamentary Socialist Dictatorship, am I entitled to recieve these?

Would you die for me?

..she asked, during one of those wildly romantic interludes.
"No." I said. "But I would kill for you."

I am not afraid of any man or any thing

Except my dentist. He scares the shit out of me.

Green taxes are a scam

If the government was really concerned, eco-friendly appliances, fuel, energy and all the unmentioned eco-friendly shite would be cheaper than the normal shite.

Life experience No. 236: Women get angry for no reason

I don't know why. If you ask them, "What's wrong?", they will generally respond by snapping, "Nothing!" In which case, Gentlemen, you are supposed to assume that you have done nothing untoward and yet will be treated as the devil's excrement for the next few days. This state of affairs can occur at any time.
It has nothing to do with the condition known as "PMS".
(Note: PMS; Premenstrual syndrome. Another name for Mad Cow Disease.)

So why did you buy a motor bike?

I get asked this bloody silly question all the time. The simple answer is, that I did not buy it to add years to my remaining life. I bought it to add life to my remaining years.
So far, that has been a boon to me and probably to my nearest and dearest as it gets me out of the house and I get to meet a shed load of people of all ages and types that I otherwise would never make contact with. This includes the local police, other grumpy old sods on old motor bikes and young eejits on mopeds. Not to mention Hells Angels. They, at least, are generally polite and curious as to just what the hell it is I'm riding. Their experience is somewhat limited to Harleys.

Advice and the giving thereof..

I've always been a bit careful about this. The way I see it is, that the fool won't take it and the wise man doesn't need it. If anyone does seek my counsel, I generally take a deep breath and ask them to explain their situation before I respond.
I have more questions than answers.
But, that having been said, if I do give you any advice, you may need to ask yourself the simple question; Am I a wise man or just another fool trying to get by?
Apply that to both of us...

One thing has become clear to me. One cannot help being physically what one is.
One can, however, decide how one behaves.

Every man should have a shed. It is a wonderful thing. I have one. I built it, so I call it "The iShed".
It is my bunker away from the rest of the world. It is insulated from the roof down. The floor is made up of concrete paving stones and is carpeted in some areas. It has electricity. Two heaters. Lights. A workbench. It is a home to my beloved motorcycle and all my tools. I have a computer in there which connects to the wi-fi and a radio. If I had room for a bed in there, I'd move in.

On the other hand, I could take a picture. To this end, I decided to take up photography to add to my list of hobbies. A steep learning curve just to get to know what the camera can do. I have a beginner camera for now, a DSLR from Canon and a couple of lenses to experiment with. I'm hoping for upgrades for my birthdays and Christmases!

I have decided to take up woodworking

I can do a lot with mechanical stuff, spanners and that sort of thing but I never mastered wood. That has to change. So I've used the Covid lockdown to get going. I can now add the art of spoiling planks and other wood products by reducing them to sawdust and shavings and might even end up making something useful.