The long and winding road...

My name is Keith Anthony Chamberlain.
I was born on a cold winters day in 1953 in the county of Somerset, England. I share my birthday with my older brother. Not that we are twins, there are four years between us. It was just a lucky coincidence. I started school at the tender age of four and one half years and ended up in a Grammar school. That means that I am reasonably intelligent but I didn't really like school. I don't remember it with much affection. I left as soon as the last exam was done and took an apprenticeship as a mechanical fitter.

After that, I joined the Army. I trained as a telegraphist and served 11 years as a professional soldier with the Royal Corps of Signals. My military career took me all over Europe from the North of Norway to sunny Italy and many points in between those two extremes. I served three years in Germany. I was a good soldier. I didn't let anyone kill me, despite several attempts on my life by what we, today, would call terrorists.

I left the army in March 1983 and moved to Denmark. Primarily beause I liked the beer and Danish pastries and I had met a young woman who seemed to be a little more than merely 'interested'. We were together for thirteen years and we were lucky enough to have my daughter. The whole affair went to the dogs, as they say. I think we just grew apart and I ended up being a single father for a while. Which was fun even if it was hard work at times.
Later, I ran into my wife and, until now at least, we have lived happily in the Copenhagen area.

I have worked at many places and done a lot of very different things. My first job in Denmark was at a fish filleting factory in a seaside town called Hundested. It stank. Literally. I was destroying the rubbish produced by the filleting, mashing it to a pulp and freeze drying it for mink food. It was seven days a week if the boats were out and long days too. The filleting started at 6:00 am and continued until 15:00 pm. So did I, but, when the others stopped and went home for the day, there were still fish heads and skins left that had to be processed until the hopper was empty. My workday was typically 12 hours.
That didn't last long though. I moved to a steel works. I learned how to cast steel billets. 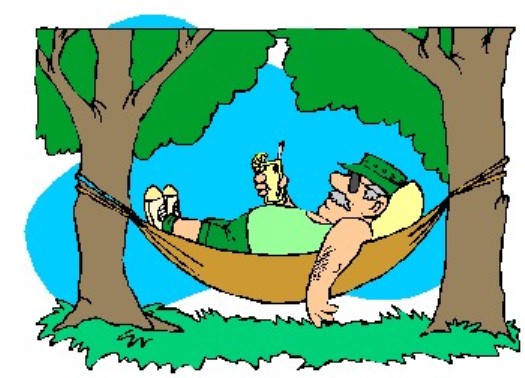 I advanced through the system there and ended up being a qualified industrial training officer. I was there for ten years.
Following that I went into the world of logistics and managed a couple of industrial warehouses and a postal service depot. I moved around a lot.

At the age of 60 years, I took early retirement. That was probably the best move I ever made!

There were bumps in the road

And there were a lot of them. I lost friends and lovers along the way. Grief is tough master and at one point I lost 5 that were dear to me in one year. That nearly broke me. I admit to being more than just a little depressed for quite some time. My wife, bless her, figured it out and got the necessary help in the nick of time. There is a lot to be said for private medical insurance. I'm better at dealing with loss now.

I don't mind being alone. I can stand my own company. The one thing I did experience and didn't like was loneliness. That is another thing entirely. It crept up on me shortly after moving to Copenhagen. I had bought myself a flat and was ecstatic at having a place to myself that was entirely mine and then I realised I had noone around me to share that with. I had people I worked with, but calling them friends would be stretching it a bit. They were colleagues. Not confidants. That eventually passed as I made new friends in my local area. My neighbours were a great bunch. It just took me a while to figure that out.

I was unemployed a few times. This not the end of the world. It is the beginning of a new chapter. Luckily I had a list of professional contacts and once I had put the word out, I was generally very quickly employed again. Looking at it coldly, it isn't pleasant. One feels unwanted. Useless. Impotent even. Then I realised that having done nothing wrong to be in that situation, it was their loss, not mine. I got over it. Life continued. My last job was state funded. It took me up to early retirement, which I had spent years saving up for! Luckily, my working life didn't ruin me physically. I remained healthy and undamaged. Which means I can enjoy doing as I please now.

How you use it is. Buy the best you can get with what you have. My pockets have been both empty and full over the years but I have tried to follow the doctrine, that you get what you pay for. Buy an expensive pair of well made shoes and they will last for years. You have to buy cheap shoes again and again. In the end, that becomes more expensive.
Save a little money up. Call it your war chest. At least then, you will have something to buy ammunition with if and when you need it.

Politicians are our elected servants. They are not our masters.

We should bear this mind and repeatedly remind them of this. They should not tell us what we want. We must tell them. They must make it so. We call this 'democracy'. From the Greek. People power. It is an unstoppable force if used correctly. It seems to me, that most people I meet have not quite entirely grasped the principle.

There are no magic formulas. There are tools. The most powerful one is your brain.

Two things are always with me.

1. If it is worth doing then do it well.
2. If you want it done properly, do it yourself.

My father taught me that. Wise old bird that he was. And it's good advice. So read it again.
It does set the challenge though, that one must think long and hard about what needs doing and how best to do it. Seek advice if necessary, study the problem at hand and think up the best solution you can that is within your capabilities and budget. That is what our brains have been doing since mankind got up on two legs and walked the face of the earth. It is what drove our evolution. Why break the chain now? We didn't get here by being stupid.
OK, I know there are those that would rather scratch their arses than scratch their heads, but with a bit of thought and a good helping of determination, anything is possible. Luckily for the human race, the arse scratchers are usually intelligent enough to copy the head scratchers once the head scratchers have fixed the problem. Unfortunately though, it may take the arse scratchers a while to catch up with the head scratchers (sometimes, centuries!), which is why the world today is as it is.
I like to think that I am a head scratcher. I would rather improve my situation than simply accept anything less than satisfactory. That is what drives me.
I tell my dear wife, if you don't want it solved, then don't give me the problem. Anything she does throw my way, I fix. Mind you, she's a head scratcher too. And a damn good one. (Don't tell her I told you that!)

Running away from a problem never solved it

It just takes a while for the problem to catch up with you again. It's the same with bullies. The only way to stop them is to face them. Stand your ground. Deal with it.
As I look around today, I see millions of people running away from just about everything. It's become a national sport in some countries. Had these people banded together and decided that, "No, we aren't gonna take it.", then perhaps their situation would be different. If you want proof of that just look at East Germany in 1989. The truth is, that it has become too easy to just run away and hope that someone else will solve all your problems and cater to all your needs instead of doing something positive to change the root source of the reasons that created the disaster area you left. Inevitably, by that running away, one creates a new disaster area. As I said, the problem will catch up with you again eventually. Mainly because, it was never faced.

Peace and prosperity has to be earned. It is not a give-away commodity.

And before anyone pulls out the 'race card' and starts waving it about like some do-gooder busybody, I should point out that I too am a migrant. A voluntary exile. The difference is, perhaps, in the way that I did it. When I arrived in this country I had my savings with me. I put aside enough of that to get a one-way ticket back and survive for a week. I gave myself three months to attempt to establish myself here. I didn't want a hand out. If I couldn't succeed within three months I would have left and returned to my homeland. Broke maybe, but I would have been happy in the knowledge that I had, at least, tried. I was, however, determined to succeed under my own steam. I did. A lot of head scratching went into it.

I have witnessed enough conflict, both military and civil 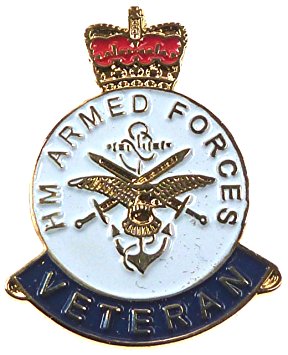 I have learned a few things from that.

War is merely an extension of failed politics.
You can't plough a field with an AK-47.
Land mines are not crops.
You can't build much with explosives.
You can't feed your children with a hand grenade.
You won't make many friends by killing people.
Piss poor planning will always end in disaster.
Sanctions do not stop bullets.